On the 18th of May 2018, I, Brad Williams, Director and chief independence builder at Williams OT, Driver assessments and Rehab, was invited to the launch of the “Get Home Safe Foundation” at CMI Toyota.

Darren Davis is a close friend of mine and had a huge impact on me in the early stages of my career as a driver trained occupational therapist. He then played an important part assisting me to become a driving instructor. I have nothing but respect for the man. He is a go-getter and relentless in his road safety initiatives. He has now started one of the best initiatives I have ever been a part of. Please take the time to read this post and consider a donation to the foundation. 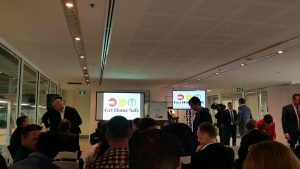 The Get Home Safe Foundation has been created for the purpose of developing, producing, delivering, and supporting road safety initiatives. 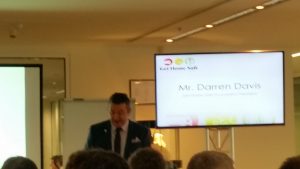 The Get Home Safe Foundation is a non-for profit organisation that relies on funding to help us develop and support programs that create better road user behaviours, knowledge, and attitudes.

The Get Home Safe Foundation aims to support road safety groups across Australia with mentorship, funds, and any support that is required.

The Foundation is independent and aims to work with all road safety agencies to create connections that link the various programs delivered across Australia. This means that our Foundation will work with (not in competition with) other road safety organisations.

Through research of global best practices the foundation wants to help Australians to become amongst the safest road users in the world.

Mr Rod Jamerson is a past Crows AFL star and now experienced businessman with the Bendigo Bank. He is a proud ambassador for the foundation and will do whatever he can to assist the foundation to grow. He highlighted that parents need to be good role models, and need to tell the right story to their kids.

Eli Murn, driver with a story.

Eli was a potential volleyball Olympian. But as a teen, he started to become a risk taker. He thought by taking these risks it was impressing people. Boy was he wrong. At 24 yo, he was speeding and showing off. But he slid off the road and hit a couple of trees. The first tree hit the passenger side front bonnet, the second tree hit the passenger side rear door. Yet his girlfriend in the front passenger seat was not injured. How lucky he says.
Eli was however given a 50 percent chance of survival.
Had to learn to walk, talk, and even shave.
He highlighted that it is so easy to lose everything. He expressed that he was so lucky that his girlfriend at the time survived and he did not have to live with that burden. Imagine that ……
Eli expressed that he has been given his time again and is happy to assist the foundation wherever he can.

Wayne Pemberton – what it feels like to lose a child to a road accident.

Wayne arrived in Australia in 2007 with wife and kids. He asked us straight out and I ask you – Do you ever think that your kids will die?
2 min from home, Wayne’s daughter was a passenger in a car hit by a motorbike. The rider was unlicensed on a 500kg powerful bike doing over 100km in a 60 zone.
He told us a very emotional and heartfelt reminiscent of how he had to go to the hospital straight away. The doctor approached him and reported, “There was a team of 20 of us but we couldn’t save your daughter”. He couldn’t believe them.
Wayne’s emotional recollection was strong and touched us all. He reported that he felt that it was “not real”. He felt like he was being crushed. He could not breathe. His son lost it. Started hitting walls ran out of the hospital and then collapsed in the emergency bay. He has suffered from PTSD since with anger and loss of emotional controls.
Wayne then helped us understand the complex mix of emotion and problems a family goes through after losing a daughter / family member. The death is the tip of the iceberg , there is so much that is not seen , understood .
Wayne recollected how he had to identify the body. This is when it really hit home and described it as “ground zero”. “Your body implodes. Then there is court and having to re-live it over and over again”.
I know that I have not done him and his family justice here with this recollection and it does not start to explain the emotion and heartbreak that Wayne and his family have gone through. but I hope that it is a start and helps us to understand that we all should be trying to avoid death from accidents where ever possible.

Corey, a friend of the foundation and director, Daren Davis reported that he, with the support of the Government, will do everything we can do to reduce the acceptance of road trauma. 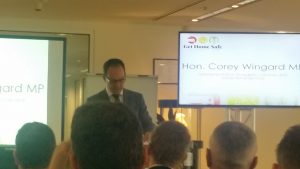 I have three kids and I have just been talking to my oldest son about driving. He is 12 and soon to be 13. In three short years, he will be in a machine that could potentially kill him.
Driving is a privilege. It is not a right. We have cars that perform well and tempt us with their power. But if each and every one of us reduce our speed by just 1 km it would save 7 lives a year. That is huge.
I agree with the push of the foundation to educate the next generation of drivers, and they might just influence the current drivers. As a driving instructor assisting drivers with disabilities, we promote safety and functionality. It is close to our heart. How close????? Read on
My family has also been impacted by road trauma. I lost my uncle to a car accident when I was very young. He was pulling out of a petrol station and did not compute a truck coming from his right. He was yet to do his seatbelt up and was thrown through the front windscreen. My Mum’s side of the family has never been the same since. It changes everything. at the time of the death, his parents, my grandparents were over seas. They have not been brave enough to go overseas again since. My now 91 yo grandfather, is now starting to struggle with cognitive decline. His anger, which he has been able to somewhat control for many years, is now starting to overcome his behaviour. The emotional impact on everyone and the ripple effect is huge.
Williams OT will do whatever it can to support.

The Get Home safe Foundation Aims

Through research of global best practices, the foundation wants to help Australians to become amongst the safest road users in the world.

The following points represent some of our main aims as a Foundation.

If you would like to connect with the foundation, you can do so using the relevant details below.

← April 2018 Highlights + More
Schizophrenia (and other Mental Health conditions) and driving. Are you still in the dark? → 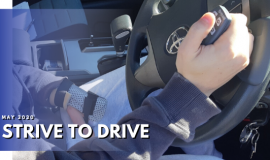 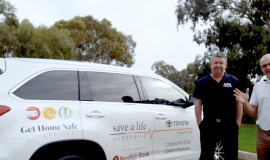